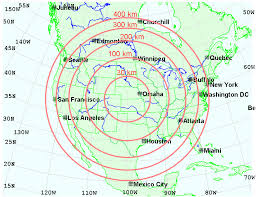 On the verge of a very bad deal with Iran, Ambassador Henry Cooper and Dr. Peter Pray warn of...

Today on Truth For Our Time @Lyndon_Allen, author, dad, and host of TotalLifeVictory.com also serves with Christians United For Israel.   Reminding us of Iran’s hatred for Israel, America, and the world, Lyndon explains the dangers of the Iran Deal signed by Secretary of State John Kerry, 7-14-15.  As only God could have planned, CUFI already had meetings set on Capitol Hill that same day and 5,000 CUFI members descended on Congress while the ink was still drying.   There are no surprises on God’s day-planner.   CUFI is ramping up their political action with a DC office headed by Gary Bauer which some are already comparing to the NRA in power.   See CUFI’s Iran Deal talking points for more information you can share with your friends and family as to why you should contact your US Senators and Representatives to encourage them to vote this bad deal down.   Live in each day in Victory – the battle is already won – Be Encouraged and Never Complacent!